All About Visual Testing 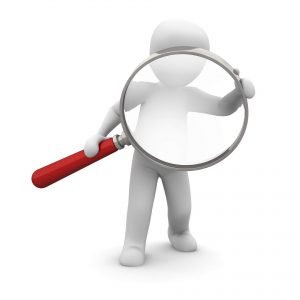 Visual testing is the oldest and perhaps most common type of nondestructive testing. It’s exactly what it sounds like, inspecting a surface visually to ensure that the surface has no visible breaks or discontinuities. This isn’t to say that visual testing is easy or that just anyone can do it. While it may be simple, it requires training in order to know what to look for.

Visual testing is the oldest form of nondestructive testing because it requires no advanced equipment or technology. Instead, a trained technician uses their eyes in order to inspect a surface. Humans have been doing this over the course of history, though it might not have always been known as visual testing or been a specific process as it is now. For instance,it was not until 1988 that the American Society for Nondestructive Testing (ASNT) recognized visual testing (VT) as a formal nondestructive testing (NDT) discipline, including qualification and certification parameters within the 2011 Edition of the SNT-TC-1A Recommended Practice document. Since that time VT has now become included in other codes and standards that are considered mainstays of the inspection industry, such as the American Society of Mechanical Engineers (ASME), the American Society for Testing Materials (ASTM), the American Welding Society (AWS), and National Aerospace Standard (NAS-410).

Visual testing is often performed alongside other NDT inspections. A technician performing another test will look at the part before and may detect visible defects before even performing other tests. This is visual testing at its simplest.

Some of the issues that visual testing can be used to detect include cracks on the surface, poorly aligned or missing parts, defects in welds, corrosion, and more defects that are readily visible.

Visible testing can be performed with the help of other tools, though it isn’t required. These tools will vary based on the job and may include tools such as remote viewing equipment, machine vision, fiber optics, video presentation systems, optical prisms, magnetic film, and more. These tools are used to aide the perspective of the technician, reach places that are not normally visible, and help them examine the part or system closely.

Visual testing usually requires adequate lighting and that the surface being examined is thoroughly cleaned. This allows the technicians to examine the surface closely.

Though visual testing seems basic, it’s not something that everyone can do. There is still a certification and examination process that NDT techs must pass in order to become VT certified. It isn’t as easy a process as it seems, and technicians must be trained on what to look to for when conducting a visual test.

Some of the advantages of visual testing are that it often doesn’t require any specialized equipment, just a trained technician. Visual testing is great for identifying large issues. However, visual testing has many limitations; it cannot identify defects that are not visible to the human eye or issues underneath the surface. Visual testing pairs well with other types of non-destructive testing.

If you need visual testing, RRL NDT’s trained level II and level III NDT technicians can help. We also provide training in all types of nondestructive testing, including visual testing.